About John E. Kobara and the Networking and Mentoring Lifestyle

I discovered that mentoring and networking are more than popular techniques to broaden your thinking about your career and your life. To be effective as a mentor/mentee or in networking you have to integrate these habits into your life. You need to mentor and network in everything you do. They are not tasks that can be scheduled and limited to set times. Mentoring and networking can just happen, there are moments of connections and enlightenment that are more serendipitous than planned. But I have found that that the greatest rewards come from a continuous process and commitment to mentoring and networking. Adoption of a lifestyle approach of helping others and yourself is essential in today's hyper space world of change and choice. Many people want the quick fix, the 3 easy steps to a better life to find life's answers or just to gain an edge. Developing meaningful relationships that are mutually beneficial are very rarely created through techniques and quick fixes. The most fulfilling path is created when you are always thinking about the chance and potential to mentor and network to help yourself and others. Adopt the lifestyle! 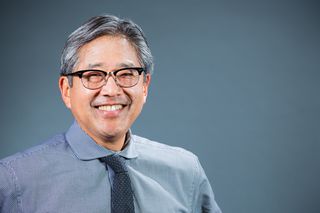 After a series of start-up experiences in both for-profit and non-profit arenas, I became passionate about helping organizations and individuals reach their potential. I evangelize about what I call the Mentoring and Networking Lifestyle. ~A perspective that values and nurtures the interconnections between and amongst us all. Recently delivered presentations and workshops for Johnson and Johnson, ESPN, Forum of Regional Associations of Grantmakers, CASE, Pepsi, Skadden, IBM, NAMIC, FritoLay Canada, Rising Stars, and Coro Los Angeles. My role at the California Community Foundation allows me to further my career as a social entrepreneur to develop and implement the promise of social venture philanthropy, by linking charitable investors/donors to the extraordinary needs in the community.

After serving 5 years on the Board of Directors, John was appointed Executive VP and Chief Operating Officer for the California Community Foundation (CCF) in 2008. Founded in 1915, CCF is the 39th largest grant making foundation in the nation with more than $1.7 billion in assets. CCF is focused on creating equitable opportunities for LA County’s most vulnerable residents as well as assisting high net worth families pursue their philanthropic visions. Since 2003, CCF has raised more than $2.0 billion and distributed more than $1.7 billion in grants to non-profits and charities in Los Angeles and beyond.

For almost 40 years, John has been leading and managing diverse and complex non-profit and for-profit organizations. John was engaged in three pioneering start-ups traversing education and entertainment. He regards himself as a social entrepreneur who specializes in building successful and growing organizations through change management, innovation and a focus on social outcomes. Prior to his appointment at CCF, John was CEO of the CK12 Foundation, a nonprofit technology startup that provides no-cost textbooks to the K-12 market. He was the founding President of OnlineLearning.net, one of the earliest start-ups of online continuing higher education. He also served as President/CEO of Big Brothers Big Sisters of Greater Los Angeles, Senior VP of Online Higher Education for Sylvan Learning Systems Inc, Vice Chancellor of External Affairs at UCLA, and Executive Director of the UCLA Alumni Association.

More than anything, John considers himself a facilitator of learning. He has taught hundreds of classes and workshops for undergraduate and graduate students. He also leads workshops for leaders of Fortune 500 corporations, universities, professional associations, non-profits, and community organizations all over the world. He is focused on helping organizations and individuals realize their potential by connecting and helping one another. He speaks on career and life development through mentoring and networking. He posts his ideas, thoughts and recommendations on his popular blog about Adopting the Altruistic Mentoring and Networking Lifestyle @ SWiVELtime.com

John has been involved in education, social justice, and philanthropy for his entire life. He has held leadership positions at a wide variety of regional, national, and international non-profit organizations in the arts, education, and philanthropy. John currently serves on the boards of the MLK Community Hospital Foundation, Japanese American National Museum, SCGA Junior Foundation and Walden University.

John was CAUSE’s 2017 Community Champion honoree. He received the Southern California Grantmakers Joint Affinity Group Leadership Award in 2014.John received the 2011 Trailblazer Award from the US Pan Asian Pacific Chamber of Commerce. In 2010, he was honored for distinguished public service with the Coro of Southern California Crystal Eagle award. And in 2007, Los Angeles Mayor Antonio Villaraigosa gave John the City of Angels award for his service on behalf of children and families. He was a Coro Fellow in LA and earned degrees from UCLA, USC, and Occidental College.